After PEARC20 makes its appearance as a virtual-only event next week, the only remaining HPC trade show on our calendar for this most unusual of years is SC20. 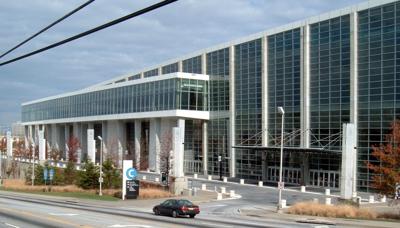 Atlanta’s Georgia World Congress Center is the would-be venue for this year’s Supercomputing event, which as of this writing is still being planned as an in-person event in mid-November.

While we have not made a final determination about whether or not we will be traveling to Atlanta in November to exhibit at the event, we can tell you it’s not looking good.

In our latest newsletter, published on June 30, we included a single survey question: Are you planning to attend SC20 this year? The results:

Then, the Fourth of July weekend came, and another surge in Covid-19 infections followed. With the past week, a new survey hosted by HPC Guru on Twitter showed that support for the idea of an in-person trade show is now virtually non-existent. The HPC Guru survey asked: Regarding #SC20 in Atlanta in Nov and #COVID19, should the @Supercomputing committee: following by three options. The results:

What a difference a national holiday, followed by rapidly growing public health crisis, can make. The HPC Guru survey was completed on Friday, and so far there has been no official response or statement from the SC20 organizers. We will wait and see, and will keep you updated here.