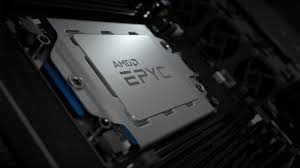 “Our new series of ACTserv systems will deliver 128 PCI-e lanes and up to 64 cores per socket. These are perfect for your high-memory or I/O intensive workloads.” said Kyle Sheumaker, President of Advanced Clustering. “We look forward to providing EPYC as an option for our HPC customers.”

The new 2nd Gen AMD EPYC™ Processors power the most demanding workloads with breakthrough CPU performance, giving customers a new level of integration and performance for their modern datacenters.

Delivering a comprehensive, consistent feature set of I/O, memory and security features, across 8 to 64 “Zen  2” cores, the 2nd Gen AMD EPYC™ Processors deliver agility from a balanced set of features. The new processors also make the datacenter more responsive to today’s workload demands and are focused to address those coming in the future.

[1]Estimated generational increase based upon AMD internal design specifications for “Zen 2” compared to “Zen”. “Zen 2” has 2X the core density of “Zen”, and when multiplied by 2X peak FLOPs per core, at the same frequency, results in 4X the FLOPs in throughput. Actual results with production silicon may vary. ROM-04